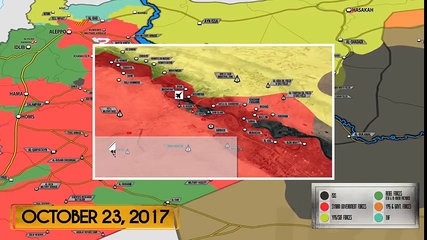 Iraqi and Syrian forces are closing in on the last ISIS strongholds, a pincer movement from the two sides of their border, but that doesn’t mean the struggle with ISIS is over, or that Syria’s civil war is over, either. I discussed this a few minutes ago with host P.J. Maloney on KQV News Radio in Pittsburgh.

The problem is the singular US focus on defeating ISIS militarily. Here’s the problem: ISIS is not a military threat to the US–it never has been. Its threat is terrorism and ideology. Defeating ISIS on the ground in the Mideast might tarnish its luster–after all, ISIS declared a caliphate, an Islamic regime to rule the entire region–but its influence remains through the Muslims who have adopted its extreme, violent ideology and its fighters who will head for the hills and carry out what they would call guerrilla missions, but most others would call terror attacks in Iraq, Syria, and other places in the world where ISIS has gained influence and where foreign fighters have returned home..

Now, as ISIS nears defeat on the battlefield, US Secretary of State Rex Tillerson suddenly wakes up and declares that Syrian President Bashar Assad must not remain in power. Yet Assad’s resurgence after six years of bloody civil war is partly the result of that laser focus on ISIS, instead of a wider view of Syria, and an even wider view of the Mideast and where it’s really going,

The likely outcome now is a weakened Assad, with the support of Russia and Iran, in some semblance of control of Syria, and sectarian tensions and clashes continuing to plague Iraq. The problems of refugees and reconstruction slip farther down the Western list of priorities, while the innate corruption and limited local support of the regimes of the two countries hamper efforts in both spheres.

The US finds itself behind the curve in all those areas. It’s a shame, since the US is the number one contributor to funding humanitarian aid over here.  It’s time the US stopped doing what it does badly–misguided involvement in local military conflicts–and ramps up what it does best–helping the victims. That’s where the long-term benefits lie for all sides. 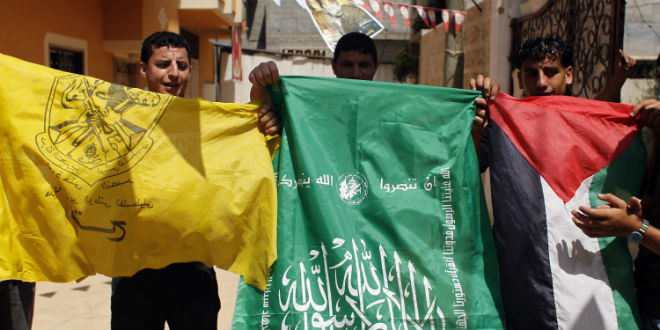 The US encouraged the competing Palestinian leaderships, Fatah and Hamas, to unite. So they did. They’re forming a unity government in Gaza, ending the decade-long split that had Fatah’s Palestinian Authority ruling the West Bank and Hamas ruling Gaza. Strike one, Washington. Actually, strike two, maybe three. I discussed this a few minutes ago on KQV News Radio in Pittsburgh with host P. J. Maloney.

This is about Hamas, the violent, extremist Islamist “resistance” movement, regrouping, luring Fatah into Gaza, and eventually taking over the West Bank as well. Where does that leave the US?

After the unity accord was signed in Cairo this month, suddenly the US discovered that Hamas is on its list of terrorist organizations, responsible for dozens of suicide bombings and other attacks that have killed hundreds of Israelis, and launching thousands of rockets into Israel in three mini-wars since it took over Gaza by force in 2007.

So the US, echoing demands from Israel and European peacemakers, insists that Hamas must disarm and recognize Israel. The Hamas response–haughty rejection, and then sending a delegation to Iran, a diplomatic middle finger to Washington.

As my eighth-grade history teacher said, “We learn from history that we learn no history.” It was the US that encouraged, actually pressured, the Palestinians to hold parliamentary elections in 2006. Hamas won. The US was appalled. Eventually American officials admitted they had made a mistake.

Now Palestinian Authority President Mahmoud Abbas is in the 13th year of his four-year term. He was elected separately in 2005. The Palestinians haven’t repeated their mistake of calling another election.

So what is Hamas up to? The common analysis is that Hamas has failed miserably in governing Gaza and needs to be bailed out by Fatah, so this is a Hamas defeat.

Yes, Hamas has failed miserably in governing Gaza, deepening the poverty of the people, provoking wars with Israel that brought cruel destruction down on the territory, diverting generous foreign aid to “military” tasks like building and buying rockets and constructing a network of tunnels toward Israel for terror attacks and toward Egypt for smuggling people and goods.

But the people of Gaza blame Israel for all their troubles. They’ve been conditioned to blame Israel for decades, by their leadership and the willing chorus of foreign “activists” who are pledged to help the Palestinian cause, right or wrong. When Israel cut down on supplying electricity to Gaza because the Palestinian Authority stopped paying the bill and asked Israel for the power cut, who got the brunt of the criticism, even from Israeli human rights activists? Not Hamas. Not Fatah. Israel!

So here’s what happens now, if this Egypt-brokered unity deal is actually implemented, which is not a given. The Palestinian Authority comes in and does what it does worst–govern. What it does best is embezzle foreign aid and anger its people. Hamas continues to do what it does best–build up arms and dig tunnels for its next war against Israel, which, it must be pointed out, withdrew completely and unilaterally from Gaza in 2005.

That next war will inevitably drag Fatah and the Palestinian Authority in, as partners in Gaza. It will be bloody, destructive, and ugly, and the usual recriminations will follow–against Israel.

What needs to be understood is–this deal has absolutely nothing to do with “peace negotiations” or the “peace process.” Those don’t exist. Abbas and his people abandoned negotiations long ago for a full-on diplomatic war against Israel, which has largely failed. This unity deal is a way to give it a boost, an attempt to restore some of the once-lofty standing of the Palestinians in a world that rightly has learned to pay more attention to bigger Mideast issues–like Syria, Iraq and ISIS.

And Hamas, unlike the US, knows how to play the long game. Abbas is 82 and in poor health. One day he will pass from the scene. Fatah will crumble in disarray. There will be an election in both the West Bank and Gaza. The people will vote for Hamas.

That’s what happened in 2006. Now we’re going to watch it happen again, and the US gave it all a boost. Again. Sad. 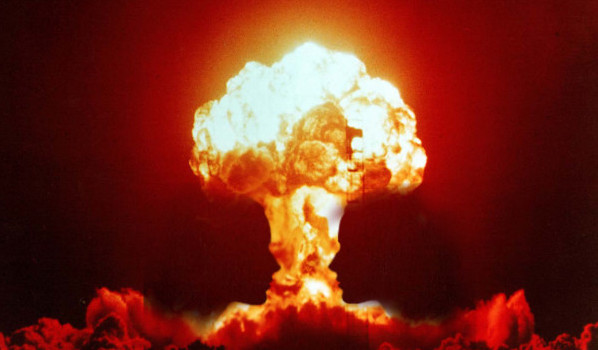 Yesterday is gone, and you can’t bring it back, Decertifying the Iran nuclear deal, as President Trump apparently is about to do, would guarantee only that Iran will resume its drive toward nuclear weapons. I discussed this a few minutes ago with host P.J. Maloney on KQV News Radio in Pittsburgh.

It’s a failing of world powers, institutions, and parts of the political spectrum–a drive to bring back the “good ol’ days” when everything was so great. Well, the good ol’ days were not all that great, and no one could bring them back even if they tried.

What Trump can do, however, is guarantee the failure of the accord, and then he and his backers can say “I told you so.” It’s a mighty dangerous and costly way to “prove” that you were right and the hated devil Obama was wrong.

Yet a dispassionate examination of the facts shows that the decades-long policy of sanctions and punishment had accomplished all it could by the time the Iran nuclear deal was concluded. This is what I wrote at the time:

Here are four facts that turn the whole Iran debate on its head:

Here’s the rest of that article, and here’s the one looking at the deal itself.

Decertifying the accord isn’t the same as canceling it–but it sends the same signal to Iran: The US cannot be trusted as a party to the accord, so why make efforts to comply with it?

Chances are we’ll never know how this could have worked. Serious efforts have not been made to use the deal to improve Iran’s behavior.  That failure could bring about a tragedy of epic proportions.

But at least we’ll have someone to blame. That seems to be the goal of politics these days.