Three horrible terror attacks on Friday, all claimed by ISIS, show how the violent group is different from

al-Qaida–and more dangerous. The attacks, in Tunisia, Kuwait and France, killed dozens. All were different in their methods and their targets. Their only common thread was that claim of responsibility by ISIS. On KQV Radio in Pittsburgh a few minutes ago, I discussed the meaning of this with host P.J. Maloney.

Who would have believed it? An atheist preacher in Egypt. Here’s another amazing story by my 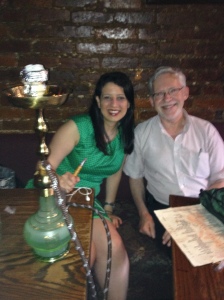 Nancy and me in Washington

amazing friend, based in Washington now but still drawing on her years of reporting in the Mideast. What’s special about this in an age of quickie journalism is — it isn’t a superficial yarn about some guy–it’s an thorough overview of how various Mideast nations deal with non-believers. Nancy Youssef strikes again….

It’s worth adding that in Israel, most Jews are secular, some define themselves as non-believers or atheists–and no one bothers them. It’s considered a personal matter, though all Jews have to go through the official Orthodox rabbinate for life status matters like marriage. The alternative is to get married abroad.

Israeli Arabs can also get away with abandoning their religion, mostly by moving to Jewish areas, but it’s harder for them.

ISIS proved that it’s a serious international terror threat Friday, claiming responsibility for three terror attacks in distant places. That said, it’s worthwhile looking deeper, as my friend Nancy Youssef does in this fine article. She outlines the differences among the three attacks–a lone wolf in one place, an assault on a tourism site in another, and a bombing at a Shiite mosque in the third.

Was it all orchestrated from a central location in some den of evil in the Middle East? No. Were the terrorists trained in some secret camp in Afghanistan? No. The only thing that links them is the claim of responsibility–after the fact. ISIS is not al-Qaida, which is an organization with a hierarchy and a decision-making procedure. ISIS is an ad-hoc wisp in the wind, attracting disaffected Muslims and encouraging them to strike against real and imagined enemies.

Nancy and me in Washington

I’m planning to analyze this on KQV Radio in Pittsburgh Monday morning. Imagine my delight when I saw what Nancy wrote. Then I remembered…no surprise, we discussed these issues just a few weeks ago at her favorite restaurant in Washington, and as usual, we came to similar conclusions.

Should the West combat this threat with airstrikes and ground forces in the Mideast? Obviously not. If anything, that will make the problem worse, reinforcing the image that the West is the real enemy. What’s needed here is a concentration of forces toward rooting out those three types of terrorism displayed on a single day. How? I don’t have all the answers, but I’m sure that if the West devotes as much time, effort and resources to that fight as it has to the futile and counter-productive military effort against ISIS–answers will be found.

I’m planning a lecture tour in North America from mid-October to mid-November. Among the subjects: Why the news media get the Mideast wrong. Best example–I discovered Israel’s 2008 peace offer to the Palestinians, but The Associated Press banned me from reporting on it! Here and here are excerpts from a lecture I delivered in January about that travesty. I go into the reasons for this, too–and I conclude it’s neither anti-Semitism nor anti-Israel bias. I’ll be glad to explain in your community–please pass this around.

Reports of Hamas-Israel negotiations for a five-year truce in exchange for opening Gaza’s seaport are not as far-fetched as they sound. Though they are bitter enemies, Israel and Hamas have already negotiated several cease-fires to end conflicts–indirectly, through Egypt–and both have shown a desire to prevent another full-scale outbreak of violence like the one a year ago.

peace process in the 1990s, but it was never built. Palestinians blamed Israel, but evidence mounted of Palestinian corruption, skimming and use of shoddy materials–the behavior that got Fatah, headed then by Yasser Arafat and now by his successor, Palestinian President Mahmoud Abbas, expelled from Gaza by Hamas in 2006.

Israel maintains a sea quarantine on Gaza, endorsed by the UN, to prevent weapons shipmens to the militants. The reports of negotiations to open the seaport include the issue of Israeli security.

Talking to host P.J. Maloney on KQV Radio in Pittsburgh, I’m talking here about what the proposals mean for Hamas internally, and I refer to Israeli academics who believe Israel needs to start dealing with Hamas. Here’s a link to one of the papers, from a top Tel Aviv University think tank.

This is what happens on live radio…you mix a metaphor from time to time. Here’s my analysis of the

Once again, American troops are pulling out of a war zone after “training” the locals, and the locals are 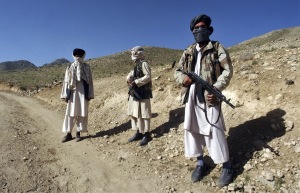 This story posted by my friend and colleague Bob Reid shows the pattern that has repeated itself so many times.

As Bob Dylan wrote, “When will we ever learn?”

Stephen Walt asks in this Foreign Policy article, what should we do if ISIS wins? His answer–live with it. That’s the closest anyone has come to my formula of dealing with ISIS through intelligence, not  military measures. We agree that ISIS is not a military threat to anyone but its own people–and the challenge is to stop its terrorist offshoots. 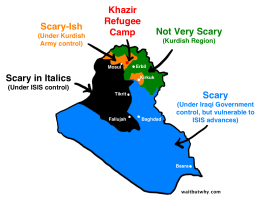 One point Walt glosses over is the possibility that ISIS-trained foreigners could return home and try to carry out terror attacks on their own. This is a more complex threat than al-Qaida, which is centrally organized. It’s a challenge the West has to gear up for, using its resources to combat the real problem, instead of spending billions of dollars in a pointless, misguided and doomed effort to bomb ISIS into submission and “train” hapless Iraqi forces to fight a fight they don’t really want.

And here’s a link to the story that goes with the map–an entertaining if somewhat superficial history of Islam, starting with a first-person account of a visit to Iraq.

I’m planning a lecture tour in North America from mid-October to mid-November, addressing vital issues like Mideast media screwups, BDS, Iran and the Israel obsession. Please pass this flyer around, and let’s get the word out. 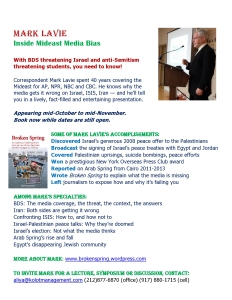 “We learn from history that we learn no history,” said my eighth-grade history teacher. Here we are again, dealing with body counts from the Pentagon. This time it’s the war against ISIS, as my friend Nancy Youssef reports, and it’s bordering on the absurd. Again.

Here’s my assessment in a live analysis a few minutes ago on KQV Radio in Pittsburgh.

I hope you don’t have to be my age to remember “body counts” from the war in Vietnam. That was a

US forces in Vietnam

phase of the war when the Pentagon tried to show how well the US was doing there by telling us how many Vietcong US forces had killed. It was irrelevant, of course, and largely imaginary anyway.

Then, as now, it was a sign that the US was using overwhelming force in a war it had no business being involved in. Eventually the US “declared victory” and withdrew, Henry Kissinger had a Nobel Peace Prize to put on above his fireplace, and the “enemy,” North Vietnam, overran the south.

Barack Obama already has his Nobel Peace Prize, incredibly, so how about if we skip the useless war phase and just get this over with? There is a realignment in progress in the Mideast, where new borders are being drawn and new alliances are being forged. All this has precious little do do with the US or the West, except for the possibility that it could spawn terrorist activity.

You don’t need airstrikes and “advisers” to counter terrorist activity. You need intelligence, both kinds–the kind between your ears and the kind the military provides. My talks in Washington over the past month indicate to me that very few people there get it. Too bad they didn’t have the same eighth-grade history teacher I did.