Are the conflicts with ISIS in Iraq and the Saudi leadership in the civil war in Yemen related? It makes sense…only if it makes sense. I make sense of that (or try to) in this live analysis on KQV Radio in Pittsburgh, talking to host P.J. Maloney. 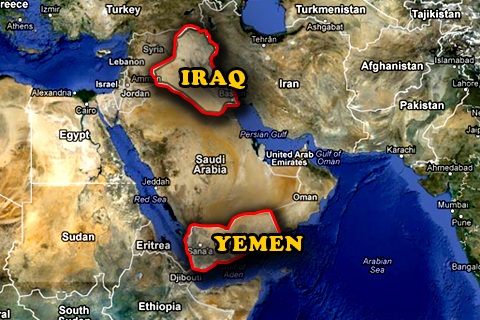 Saudi Arabia between Iraq and Yemen

It’s the longest smuggling tunnel yet, according to reports from Egyptian news outlets. They’re 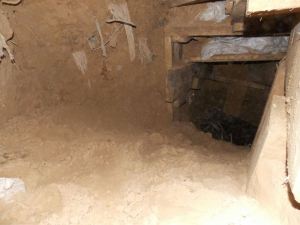 quoting the Egyptian military. Several things are notable here: First, Egypt discovered the tunnel, not Israel–which is to say, Egypt isn’t doing Israel a favor here; it’s working in its own interests to battle jihadi forces in its Sinai desert across from Gaza. Second, this fits into the clearing of a buffer zone between Egypt and Gaza through destruction of hundreds of houses to enable destruction of the tunnels. Third, if you read to the end of this short article, you’ll see that the United Nations (and many prominent Western news agencies) relate the the tunnels as a legitimate economic concern in Gaza, even mentioning here the employment factors in the “tunnel industry.” I wonder if they would relate so sympathetically to, say, tunnels under the US-Mexico border. These tunnels are used to smuggle in the rockets that Hamas fired at Israel last summer, and to smuggle jihadis back and forth from Egypt. 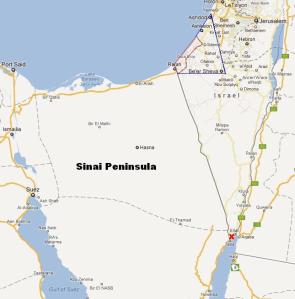 The Sinai-Gaza border is only 15 km (9 miles) long

Of course they’re also used to smuggle consumer products and food, but the operative word here is SMUGGLE. How does international smuggling get a free pass by the UN and the others? Just because it involves Palestinians?

The US-Israel crisis is being vastly overplayed. Not that it isn’t serious, but it’s not the first crisis, and it will pass. Here’s my analysis in a live broadcast on KQV Radio in Pittsburgh, talking to host P.J. Maloney. 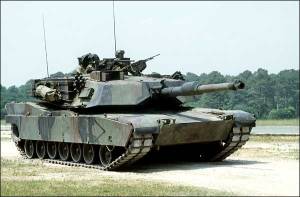 US tank not heading for Tel Aviv

Despite what you read in your newspapers and saw on TV, as well as the incessant warnings about impending doom from the eventual winner, Israel’s election wasn’t only about Palestinians. Instead, it was a stage in a historic realignment of Israel’s political system.

Though Prime Minister Benjamin Netanyahu has likely won re-election by frightening enough Israelis over perceived threats from the Palestinians, Iran and ISIS, his victory hands him just one-quarter of the seats in parliament for his party, Likud. Together with his natural ally, Jewish Home, it’s still only a third. 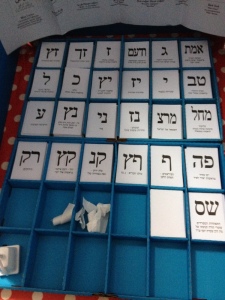 It’s a sign that the emphasis here is changing—slowly, but perceptibly.

For at least half the electorate, the election was about domestic issues like the widening income gap, the impossibly high price of housing and the cost of living in general.

While Western media covered the results of the election by taking out its collective calculator and adding up the blocs in the parliament to judge who’s for peace and who’s against peace, for many Israelis, that’s so last century.

In 2015, there is only one side to the Palestinian issue—the right wing. The left has moved on.

Candidates representing the moderate Zionist Union, headed by Labor, commented on the security issues when asked, but they preferred to talk about domestic issues.

That’s not to say that even a Zionist Union-led government would not be dragged into Palestinian diplomacy by an ever-eager West itching to demand that Israel make concessions, ignoring the fact that Israel has twice offered the Palestinians a viable state in the West Bank, Gaza Strip and parts of Jerusalem, in 2000 and 2008—and the Palestinians turned them down.

Not all Israelis in the center and left are as viscerally aware of that as I am, since I’m the reporter who discovered Israel’s 2008 proposal, only to have my employer, The Associated Press, ban me from writing about it.

But many on that side of the aisle are sad members of a club called “Let down by Oslo.” That’s a reference to the peace process that started with secret negotiations in 1993 between Israel and the Palestinians in the Norwegian capital and was supposed to result in a peace treaty. As it turned out, the peace process reached its logical conclusion twice—in 2000 and 2008—but didn’t bring peace. The frustration has led many moderate Israelis to throw up their hands in despair and look to solving their own domestic problems instead.

One result of this shift is the declining strength of both main parties, Likud on the right and Labor on the left.

Back in the last century, the two parties together could expect to get about two-thirds of the seats in the parliament. In 2015, the two got less than half.

In the past, it was easy. If you favored a hard line toward the Arabs, you mostly voted Likud. If you preferred compromise, you probably voted Labor. There were satellite parties with similar ideologies, all based on diplomacy. Orthodox Jews and Arabs had their own parties, and that was it.

Occasionally a “centrist” party would surface and do well for a single election, then disappear—because there’s really no center between compromise and no compromise.

Now, parties concentrating on domestic issues are being mislabeled “centrist,” because journalists and analysts can’t get their heads around the fact that Israel’s electoral spectrum is no longer two-dimensional—for peace or against peace. 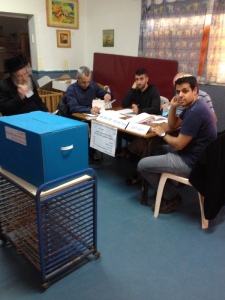 The process of forming a coalition hasn’t started yet, but it’s already clear that the new government will be a mixture of parties based on diplomacy and parties focusing on domestic issues. A quick analysis shows that at least half the voters made economics their top priority. Pre-election surveys yielded the same results—some placing the Palestinians fourth behind three main domestic issues, all economic—housing, cost of living and income gaps.

What’s going on here is a historic realignment of Israel’s political system away from diplomacy and toward domestic concerns. Most parliaments in the world are elected on economic issues, discounting the pseudo-parliaments divided along religious lines, as in Iraq and Lebanon. In joining the dominant framework, Israel is showing its maturity as a nation.

The realignment is likely to take another decade or more. Until it shakes itself out, the nation will be difficult to govern, because the largest party, whose leader becomes prime minister, will not even have a majority in its own ruling coalition. Governments are doomed to fall every couple of years, and every time they do, and an early election is called, two things will happen:

This shift will become “official” in the eyes of the world only after the Israel-Palestinian conflict is resolved and is no longer an issue in Israel’s election campaigns. The results of this election show that enough Israelis care about it in a negative, fearful, threatening way to keep it on the agenda for some time.

But there is likely to be a limit as to how long a significant part of the public can be frightened into ignoring its own needs. And considering the futile state of the “peace process,” the transition from diplomacy-based to economy-based elections here is likely to happen quicker than the blinkered world is ready to acknowledge.

Benjamin Netanyahu’s “landslide” got him all of one-quarter of the seats in parliament. There’s much more going on here, as I discuss with PJ Maloney in this live radio analysis on KQV in Pittsburgh. 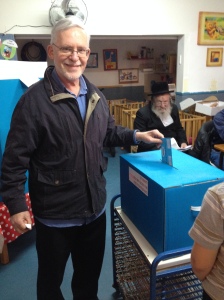 You’d never know it from the coverage, but Israel’s election Tuesday isn’t about Palestinians. Also, we’re not going to know who the winner is, possibly, for weeks. Here’s my brief explanation on KQV Radio in Pittsburgh a few minutes ago. 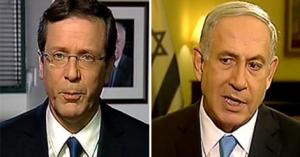 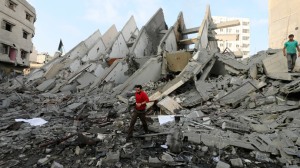 distorted and slanted. It follows a pattern that started more than a decade ago, and is one of the reasons I exiled myself from the AP Jerusalem bureau and moved to Cairo for two years to wind up my career. In this extensive article, journalist-turned-media-critic Richard Behar takes apart the AP analysis stone by stone and shows the underlying tendencies of Western media in general and AP in particular to believe the Palestinians, even Hamas, and reject the Israelis as liars. That, in fact, is the essence of a quote in his article from another journalist-turned-media-critic–me.

Read all the way through this article by my friend Nancy A. Youssef to discover that even before the gag order, the Pentagon has been less than forthcoming our truthful about what the US is doing in Iraq (again), This has a bad smell to it. Many progressives are disenchanted with President Obama, not because he’s a liberal, but because he’s an ineffective liberal. Another well-connected friend explained that he’s addicted to looking over his shoulder, anticipating criticism. That’s not leadership. Getting America re-involved in Iraq is another sign of that timidity. It’s time for the US to learn the lessons of its mistakes instead of repeating them. It’s all in the book. 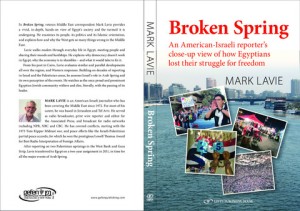