The New York Times ombudsperson agrees with readers that the paper is overplaying neocons and others who want more US intervention in Iraq–the same ones, she says, who pushed/pulled the US into Iraq last time with disastrous results. She has no explanation. She even criticizes her paper for overusing anonymous administration sources. She does note that some columnists are opposing intervention, like Tom Friedman, who was pro-war last time and has admitted he was wrong.

I’ve summarized the article here so that you won’t have to pay the NYT for the privilege of reading it. I believe that the NYT, once the “paper of record” and standard-setter for the industry, is today no more than a large local paper with the same standards as the rest. Jayson Blair (who made up hundreds of stories) and Judith Miller (who willingly swallowed anonymous Bush admin lies and helped it make the case for the Iraq war) are either symptoms or causes of the demise. Whatever–the NYT is no longer the paper to be read first and quoted first. In today’s sorry state of journalism–there is no such animal.

the author in a mood 😉 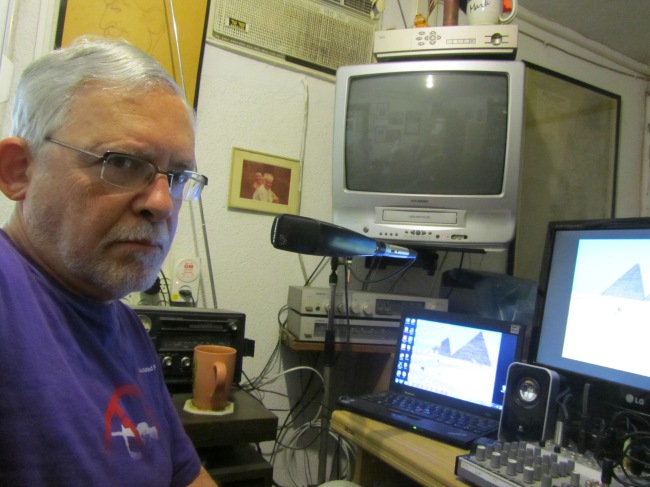 Ramadan Kareem to all my Muslim friends. My heart goes out to all of you who have to work outdoors this month…it was 44 in Cairo today…just like last year when the guys downstairs were remodeling a little restaurant…if that’s not a test of faith, what is…

I’m posting this to contrast with the scandalous decision by a major international news agency to refer to this affair as the “alleged” kidnapping. This, despite the fact that President Mahmoud Abbas of the Palestinian Authority himself has denounced the kidnapping, without couching the term.

This publication. on the other hand, is reporting the story from all angles without forcing it into a narrative:

UPDATE: Expected but troubling–an Egyptian court has sentenced the three Al-Jazeera journalists to long prison terms. One got 10 years and the others, seven.  One is Australian, another Canadian-Egyptian and the third is Egyptian. If one had been American, this would be huge news…

This post from my friend is about three Al-Jazeera journalists jailed in Egypt months ago. There’s a common feeling in Egypt that the Qatari network is biased and pro-Muslim Brotherhood, but the imprisoning of journalists is troubling. It speaks to why so much news comes out of the freer countries, like Israel, and less from the authoritarian countries, like Saudi Arabia, which is exponentially more important than Israel and the Palestinians put together. If Egypt enters the Saudi Arabia category, it will suffer in the end.

By Nancy Youssef
Dear Egypt, Greetings from Washington, where America’s first Koran sits. It was purchased by our third President, Thomas Jefferson, as he was keen to see what Islam had to say about justice given the immense amount the Koran devotes to the topic. Justice is such a central tenet that how we practice it on Earth shapes our relationship with God, the Koran says. I am reminded of this as you consider your verdict against three journalists who committed no crime worthy of what they have endured. Jefferson sought the words of the Koran to shape his ideas for justice in this country, and it my hope that tomorrow the words of the holy book will be applied in one of Islam’s most populous nations. “You who believe! Show integrity for the sake of Allah, bearing witness with justice. Do not let hatred for a people incite you into not being just. Be just. That is closer to enlightenment. Fear [and respect] Allah. Allah is aware of what you do.” (Surat al-Maida, 8) 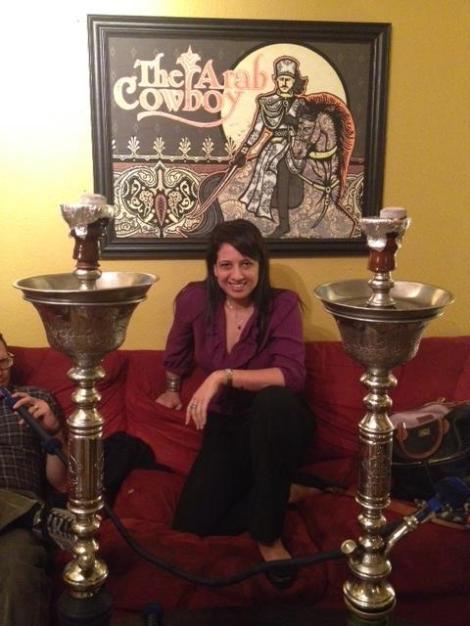 The number one world destination for Russian tourists is…EGYPT!

At a time when Egypt needs every tourist and every investment dollar or ruble, that’s rare good news. The down side is–most Russian tourists stick to the Red Sea resorts, seeking sun, sea and sand, not history, archaeology, tour guides and souvenirs. So they bring in a lot less income than other tourists would–but…WHAT other tourists? The pyramids still look like this–tourist-lite. 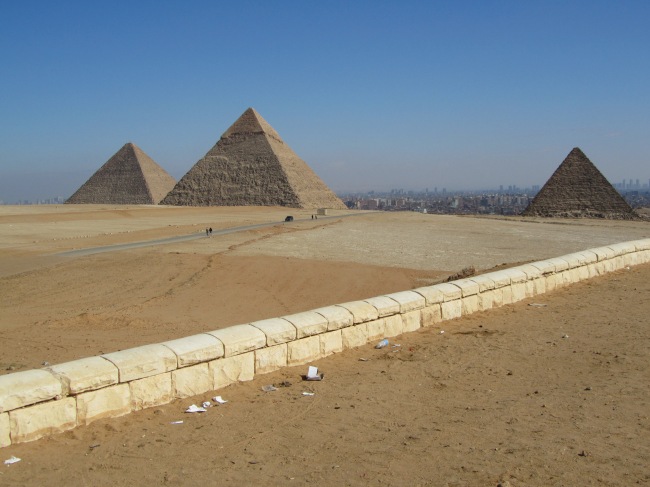 Here’s an article from the Wall Street Journal about Ramadan lanterns in the likeness of Egypt’s new president. The lanterns are decorations for the Muslim holy month of Ramadan, which starts around June 29. Usually they’re colorful, multi-sided creations in many sizes. A sign of the troubling economic times is…many are made in China!

The new al-Sisi models follow his election with 96 percent of the vote. Critics will call this a personality cult. I think, instead, it’s a sign of the high hopes the people have for their new president to turn the nation’s battered economy around and restore calm. Yet those goals are huge, and the steps needed are drastic. If he takes the needed measures, like significantly cutting subsidies, there will be widespread unrest. If he doesn’t, the economy will continue to sink. Either way, the al-Sisi honeymoon might not last long.

The news keeps getting worse for Egypt. Here’s a report that shows that since Gen. Abdel Fattah al-Sisi deposed the Muslim Brotherhood president last July, income from tourism has dropped more than half. Government figures earlier noted a significant drop in April and May compared to last year.

As Egypt’s president, al-Sisi’s main test will be fixing Egypt’s battered economy. But if you think the only way is up–it’s not. The nation could actually go bankrupt. A look at the foreign currency exchange rate shows that the central bank’s attempt to stabilize the Egyptian pound isn’t working–it’s at 7.15 to the dollar now. It was 6.90 last September, dropping from 6.96 at the time of the coup. The exchange rate is just another measure of confidence in Egypt’s economy, reflecting a continued lack of foreign investment–and tourism. Egypt is being kept afloat by huge amounts of aid from the Gulf. That can’t continue forever.

Mark on TV talking about Egypt’s new president, his challenges and what the US has to do:
https://www.youtube.com/watch?v=-R_m0y4TyDc&feature=youtu.be

sunset over the Nile

Here’s my interview on IBA TV, about what Egypt’s new president, Abdel Fattah al-Sisi, has to do, and how the world should deal with his new regime: 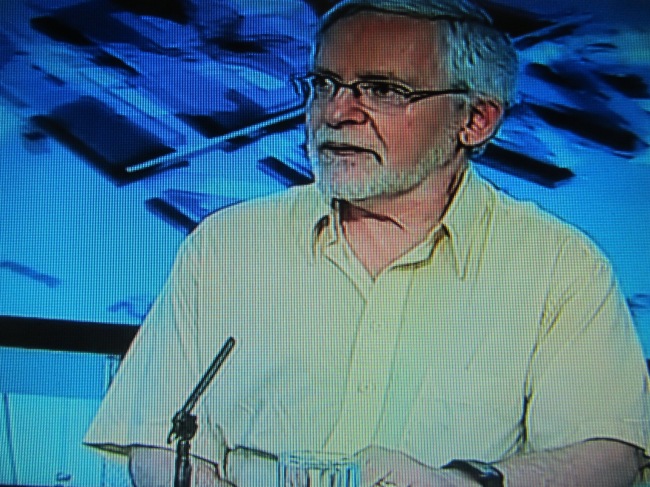 I’ll be on IBA News at 6 pm Israel time and on line afterward, discussing the election of Abdel Fattah al-Sisi as Egypt’s president and explaining the problems he faces. The main one is the economy, especially subsidies. No one’s talking about that outside Egypt, because it’s “boring.” We need to redirect our focus from politics and religion to economics in this region–especially in Egypt. It’s our job as journalists to make it interesting. There are several chapters about the issue in my book. One notes that poor countries subsidize gasoline and rich countries tax it–an example of how things are backwards.

Buy now on Amazon–ebook just $2.99!
Create a free website or blog at WordPress.com.